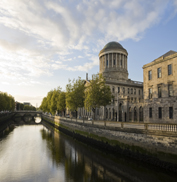 Provision of the Firearms Act 1964 (as amended) was found to be unconstitutional by the Supreme Court on 15th May 2019 following the successful challenge by Michael Staines & Company on behalf of our client.

On 8th April 2013, Mr. Wayne Ellis had pleaded guilty to possession of a firearm in suspicious circumstances, contrary to Section 27A (1) of the Firearms Act, 1964 as substituted by Section 59 of the Criminal Justice Act 2006 as amended by Section 38 of the Criminal Justice Act, 2007. On the 26/05/2014 the case was listed for finalisation of sentence in the Circuit Criminal Court. On that date the learned sentencing judge imposed a sentence of five years' imprisonment. The sentence was suspended in its entirety on Mr. Ellis entering his own bond of €200 to keep the peace and be of good behaviour for a period of 5 years.

The sentence was then appealed by the Director of Public Prosecutions (DPP) on the grounds of undue leniency on a number of grounds including the fact that the learned sentencing judge had erred on the basis that she had not adhered to the provisions of Section 27A (8) in imposing sentence. This section stated that a mandatory 5 year sentence must be served on a second or subsequent conviction for this offence or a similar relevant offence.

Judgment was delivered by the Court of Appeal on 26th July 2016, whereby the Court acceded to the DPP’s application to set aside the original fully suspended sentence and imposed in lieu a sentence of 5 years. The court was satisfied there was no need to impose a sentence in excess of the mandatory minimum sentence of five years which was then applicable pursuant to Section 27A(8). Michael Staines & Company Solicitors, on behalf on Mr. Ellis, brought proceedings to the High Court, Court of Appeal and ultimately to the Supreme Court challenging the constitutionality of Section 27A(8) of the Firearms Act, 1964 as amended.

The challenge was based on two arguments. First, that the sub-section is an impermissible encroachment on the exclusive jurisdiction of the courts under Article 34 and 38.1 of the Constitution in sentencing a person convicted on an offence. Secondly, it was contended that even if the Oireachtas may legislate for such a mandatory minimum sentence, any such statutory provision must pass proportionality tests set out in Heaney v Ireland 1 I.R. 580 and s.27A(8) of the 1964 Act, as amended, does not do so. Mr. Ellis relied on both Article 34.1 and Article 38.1 to submit that he has a constitutional right, as part of his right to a trial in due course of law, when convicted of an offence, to have the appropriate sentence both determined and imposed on him by a judge sitting in court.

The question to be determined by the Supreme Court was whether it is permissible for the Oireachtas to legislate for a mandatory minimum penalty which is not a universal penalty that applies to all persons convicted of the offence. It was held that by enacting s.27A(8) of the 1964 Act, as amended, the Oireachtas impermissibly crossed the divide in the constitutional separation of powers and sought to determine the minimum penalty which must be imposed by a court, not on all persons convicted of an offence contrary to s.27A(1), but only on a limited group of such offenders identified by one particular characteristic, namely that such person has previously committed one or more of the listed offences. Therefore on the 15/5/2019 the Supreme Court granted a declaration that Section 27A(8) of the Firearms Act 1964 (as substituted by Section 59 of the Criminal Justice Act 2006) was repugnant to the Constitution and ordered that the matter be re-entered before the Court of Appeal.